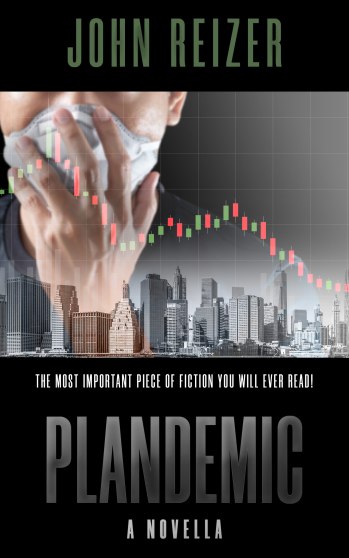 On December 31, 2019, a novel coronavirus was mysteriously contracted by several people at a food market in Wuhan, China. The illness rapidly spread to different countries and eventually across Europe and the United States.

After a short period, world health regulatory agencies warned the global community that nobody had a natural immunity to the mysterious virus, and there would be massive casualties.

Dr. Julie Reiner, a chiropractor, and Donald Barnes, a lab technologist both from New Jersey, meet in New York City at The Event in October 2019, a simulated exercise about a world pandemic caused by a novel coronavirus. The two part-time crisis actors form a close romantic relationship along with a strong suspicion that a brand-new infectious disease rapidly spreading throughout the world is a hoax and mysteriously tied to the simulated event they worked.

While most people in the world remain paralyzed by fear from the nonexistent virus, a shadow government is busy at work, behind the scenes, preparing a diabolical vaccine for every living person on the planet.

Plandemic is a medical science fiction thriller about a global psyop that has the entire world convinced an infectious disease is killing the planet’s population. The fake event has the potential to permanently destabilize world economies and forever change social paradigms that have existed through the eons of time. Will the planet’s citizens wake up in time to figure out what is happening?